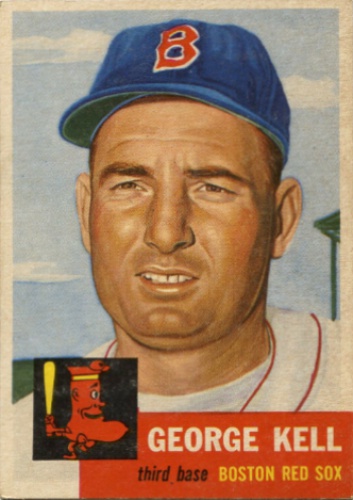 Robert Barisford Brown (born February 5, 1969) is an American singer, songwriter and dancer. Brown, alongside frequent collaborator Teddy Riley, is noted as one of the pioneers of new jack swing: a fusion of hip hop and R&B. Brown started his career in the R&B and pop group New Edition, from its inception in 1978 until his exit from the group in December 1985. More about Bobby Brown

Current items with a signature of Bobby Brown

These are the most current items with a signature of Bobby Brown that were listed on eBay and on other online stores - click here for more items.

Traded items with a signature of Bobby Brown

The most expensive item with a signature of Bobby Brown (2021 Leaf Pop Century Millie Bobby Brown Autograph ONE OF ONE! STUNNING STARLETS) was sold in December 2021 for $2500.00 while the cheapest item (Bobby Brown signed photo autograph CAL STATE FULLERTON) found a new owner for $0.10 in June 2010. The month with the most items sold (82) was July 2019 with an average selling price of $54.50 for an autographed item of Bobby Brown. Sold items reached their highest average selling price in February 2018 with $263.02 and the month that saw the lowest prices with $0.99 was January 2011. In average, an autographed item from Bobby Brown is worth $45.00.

Most recently, these items with a signature of Bobby Brown were sold on eBay - click here for more items.

Ex-Yankee, former AL president Brown dies at 96 (03/26/21): Bobby Brown, an infielder who played on five World Series champions with the New York Yankees and later became a cardiologist and president of the American League, has died. He was 96.

U mad, bro? Readers rail on Steelers chaos, Antonio Brown, Pirates payroll (01/30/19): This week's 'U mad, bro' is all about emotional transference. Y'all are angry about the Pirates payroll, Antonio Brown's behavior and the Steelers' chaotic failures. And instead of dealing with it yourselves, you are taking it out on me. Poor, sweet, innocent me. andamp;lt;hrandamp;gt; We open with

Bobby Brown makes public appearance (04/12/15): The New Edition singer thanked the crowd for "supporting me and my family" in wake of Bobbi Kristina Brown's hospitalization

Bobby Brown Rushes Back to Bobbi Kristina's Bedside Following First Public Appea (04/12/15): The singer was in Los Angeles on Saturday for a special performance and food event.

Bobby Brown makes public appearance (04/2015): The New Edition singer thanked the crowd for "supporting me and my family" in wake of Bobbi Kristina Brown's hospitalization

Bobby Brown -- Keeping the Faith at Bobbi Kristina's New Medical Facility (03/2015): Bobby Brown is in it for the long haul -- standing firm in his belief Bobbi Kristina can pull out of her coma ... now that she's getting treatment at a facility known for its long term care. Bobby was walking outside DeKalb Medical this week. It's…

Bobby Brown has postponed his upcoming tour so he can remain by his daughter's b (02/2015): The 46-year-old singer was scheduled to perform three concerts in Australia next month, but has delayed the gigs until May while Bobbi Kristina Brown continues to "fight for her life" in hospital in Atlanta.

Bobby Brown to open up about Whitney Houston in Lifetime special (01/2015): Bobby Brown: Remembering Whitney will air after Lifetime biopic.

Watch Whitney Houston Gleefully Yell, "I'm Going to Be Mrs. Bobby Brown!" In Lif (12/2014): It's no secret that everyone is anxiously awaiting Lifetime's next biopic all about the roller coaster ride that was Whitney Houston's life. And thanks to this E! News...

#News: Missy Elliott, Tamar Braxton and Bobby Brown To Perform At Soul Train Awa (10/2014): The Soul Train Awards will be on fire this November. Not only will Chris Brown, the leading nominee, perform. Recently announced performances will also come from Tamar Braxton, Tank, Bobby Brown, Sevyn Streeter and more.

[Couples & BFF's Out & About] Jay Z and Beyoncé, Jennifer Lopez and J.R. Taylor, (08/2014): Jay Z and Beyoncé are no longer “On The Run” but they sure did look as though they were trying to keep a low profile late last week as they dipped out of their hotel in San Francisco. The couple finished up their joint tour on Thursday before jetting off to a beach for vacation. […]

Singer Bobby Brown Launching Line Of Sauces, Seasonings & Marinades (05/2014): It looks like Dorchester native Bobby Brown is getting into the food business.

Bobby Brown Allowed To Pursue Defamation Suit Over Whitney Houston Affair Allega (04/2014): Former R&B bad boy Bobby Brown has been given the go-ahead to pursue legal action against the editors of a U.S. tabloid over allegations they printed...

Breckenridge’s Bobby Brown and Keri Herman punch tickets to Sochi (01/2014): Steamboat Springs resident Taylor Gold airs out of the pipe in the opening round of men's competition at the 2013 Dew Tour Thursday. Gold earned a spot on the U.S. Olympic team Friday after a podium appearence at the U.S. Grand Prix in Mammoth, Calif.

Iftekhar Murtaza, on Trial for Brutal Family Murders, Implicates Singer Bobby Br (11/2013): A man on trial for murdering two family members of his ex-girlfriend and nearly killing her mother implicated singer Bobby Brown's son for the crimes during testimony in Santa Ana. But during cl...

Bobby Brown and Ralph Tresvant of the famed 80's pop group New Edition will heat (10/2013): LOS ANGELES, Oct. 16, 2013 /PRNewswire/ -- Experience the most anticipated Designer for Fashion Week LA, "Mthemovement" who has gained fame within the realm of celebrities for his savvy and elite ...

Knicks links: Glen Grunwald reportedly hoping for Beno Udrih, willing to settle (08/2013): General manager Glen Grunwald has maintained his desire to add a third point guard to the Knicks, but established players like Beno Udrih might want more than the veteran's minimum

Bobby Brown -- I'm PISSED About My Daughter's Engagement (07/2013): TMZ Photog: "How excited are you for your daughter -- she's about to get married and stuff?"Bobby Brown: "I'M NOT."That basically sums up Bobby B's feeling about his daughter Bobbi Kristina getting engaged to Nick "He's Not My Biological Brother" Gordon.… Permalink

Bobby Brown's Brother Arrested For Dui (06/2013): Bobby Brown's older brother is facing a charge of driving under the influence (Dui) after he was arrested by Georgia police early on Saturday...

Ex-Rangers keeper Bobby Brown deserves his Ibrox toast (03/2013): BROWN, 90, will be honoured with a dinner in the Thornton Suite on April 19.

Bobby Brown Out Of Rehab After Three Weeks (08/2012): Singer As Admitted To A Medical Centre In The US Earlier This Month

Bobby Brown's Night Out After Whitney's Funeral: Performing & Gambling (02/2012): The singer gave an emotional shout-out to Houston as he performed with New Edition and later hit the blackjack table