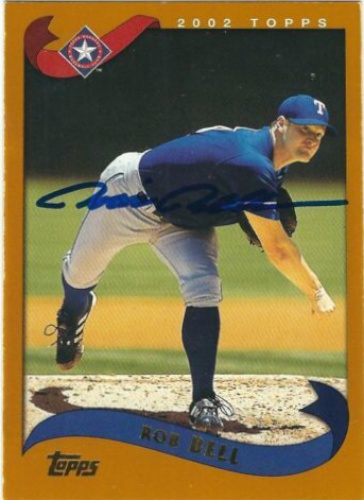 Robert Holmes Bell Jr. (born August 23, 1970) is an American author, speaker and former pastor. Bell founded Mars Hill Bible Church in Grandville, Michigan, and pastored it until 2012. Under his leadership, Mars Hill was one of the fastest-growing churches in America. Bell is also the author of the New York Times bestseller Love Wins and the writer and narrator of a series of spiritual short films called NOOMA. In 2011, Time named Bell on its list of the 100 Most Influential People in the World. He has since become a freelance writer and speaker appearing on various talk shows and national speaking tours on topics related to spirituality and leadership. He also hosts a popular podcast called 'The Robcast'. In 2018, a documentary about Bell called The Heretic was released. More about Rob Bell

Current items with a signature of Rob Bell

These are the most current items with a signature of Rob Bell that were listed on eBay and on other online stores - click here for more items.

Traded items with a signature of Rob Bell

The most expensive item with a signature of Rob Bell (Rob Bell Signed IP LOVE WINS 1st Ed Paperback Book Authentic.) was sold in July 2022 for $130.00 while the cheapest item (2001 Pacific #105 Rob Bell signed/autographed card Cincinnati Reds) found a new owner for $0.33 in January 2014. The month with the most items sold (2) was October 2021 with an average selling price of $3.35 for an autographed item of Rob Bell. Sold items reached their highest average selling price in May 2021 with $4.77 and the month that saw the lowest prices with $0.33 was January 2014. In average, an autographed item from Rob Bell is worth $1.36.

Most recently, these items with a signature of Rob Bell were sold on eBay - click here for more items.