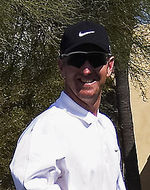 David Robert Duval (born November 9, 1971) is an American professional golfer and former World No. 1 Golfer who competed on the PGA Tour and currently plays on the PGA Tour Champions. Duval won 13 PGA Tour tournaments between 1997 and 2001; including one major title, The Open Championship in 2001. More about David Duval

Current items with a signature of David Duval

These are the most current items with a signature of David Duval that were listed on eBay and on other online stores - click here for more items.

Traded items with a signature of David Duval

Most recently, these items with a signature of David Duval were sold on eBay - click here for more items.

David Duval says Tiger Woods must regain health and confidence (01/21/15): Former world number one David Duval is not ready to write off Tiger Woods, but he knows from personal experience how difficult it is to play hurt and without confidence.

David Duval may not be ready to give up competitive golf (09/05/14): Having failed to retain his "tour card" for fulltime playing privileges on the 2015 PGA Tour, Denver resident David Duval said he is pondering his future but may

David Duval isn't disrespected by The Open tee time in first group pairing at Ho (07/2014): Former champion David Duval does not feel disrespected being sent out in the first group for the start of the 143rd Open Championship at Royal Liverpool and insists he is just grateful to have a tee time at all.

Chris Wood ready to switch from fan to opponent as he takes on David Duval (07/2013): BRISTOL'S Chris Wood will go full circle when he tees off at the 2013 Open at Muirfield on Thursday morning. In the fifth group to go out, Wood will be playing alongside former World number one David Duval – a man he travelled more than 100 miles to see back in 2001, when he won the Claret Jug.

David Duval willing to go back to minors if thats what it takes to get starts in (01/2013): David Duval still doesn't know where he will start his 2013 season, but he figures this will be a year like no other.

David Duval goes where he's never been in quest to return to PGA Tour stardom | (11/2011): David Duval chose to try to grind through two rounds of Q-School rather than face a 2012 season with limited guaranteed starts as a past champion and spending the rest of the year asking for exemptions.

Q-School was valuable stop on long road back to PGA Tour for David Duval | PGA T (12/2010): David Duval didn't thrive in the PGA Tour's 2009 Q-School, but he believes his effort helped him and impressed others throughout 2010.