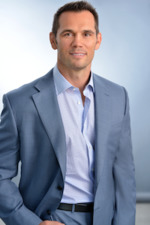 Current items with a signature of Rich Franklin

These are the most current items with a signature of Rich Franklin that were listed on eBay and on other online stores - click here for more items.

Traded items with a signature of Rich Franklin

The most expensive item with a signature of Rich Franklin (RICH FRANKLIN SIGNED UFC CHAMPIONSHIP BELT AUTO OFFICIAL MIDDLEWEIGHT PRIDE REAL) was sold in February 2012 for $424.95 while the cheapest item (RICH FRANKLIN UFC ULTIMATE FIGHTING SIGNED AUTOGRAPHED8X10 PHOTO PAAS 100% CERT) found a new owner for $0.99 in September 2015. The month with the most items sold (12) was March 2008 with an average selling price of $10.24 for an autographed item of Rich Franklin. Sold items reached their highest average selling price in July 2020 with $375.00 and the month that saw the lowest prices with $0.99 was May 2010. In average, an autographed item from Rich Franklin is worth $20.00.

Most recently, these items with a signature of Rich Franklin were sold on eBay - click here for more items.

ONE Moment with Rich Franklin: How is that resolution coming along? (01/22/15): In this bi-weekly column 'ONE Moment with Rich Franklin', ONE FC's Vice President talks about his life lessons through the sport of MMA. The 'Ace' is a former World Middleweight Champion with a professional record of 29-7.This week, he helps you stick to the New Year resolutions you made...

ONE Moment with Rich Franklin: Managing Stress – Living In The Now (01/07/15): ONE FC's Vice President and three-time Middleweight World Champion Rich Franklin continues with the second part on how to manage stress in his bi-weekly column.

MMA legend Rich Franklin says Vera is in for a tough fight against Subora (11/24/14): Rich Franklin is currently performing double duties in his career. He’s still under contract as a fighter in the UFC but he’s currently more active in his role as the Vice President of ONE FC.

Rich Franklin to talk with local athletes (07/2014): Mixed martial arts continues to blaze a trail across the globe, uniting fighters and fans alike with its heady concoction of explosive knockouts, tactical groundwork and expertly executed submissions.

UFC's Dana White comments on Rich Franklin's potential ONE FC job (04/2014): Once one of the UFC’s biggest and most marketable stars, Rich Franklin could soon be working for a rival organization. His current boss, though, said he sees no issue.Filed under: News, UFC Tagged: Rich Franklin

UFC Macao Results: Cung Le Knocks Rich Franklin Senseless in Historic Event (12/2012): The UFC’s first ever trip to China was a resounding success, as a great night of fights took place in Macao. The event was completely sold out and the crowd was very into the action.

Cung Le scores upset, knocks Rich Franklin out in the 1st (11/2012): Kickboxing champion Cung Le let his fists do the talking for once with a devastating one-punch knockout of Rich Franklin in the Ultimate Fighting Championship's first event in China early on Sunday.