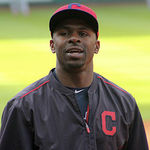 Current items with a signature of Michael Bourn

These are the most current items with a signature of Michael Bourn that were listed on eBay and on other online stores - click here for more items.

Traded items with a signature of Michael Bourn

If you're interested in Michael Bourn Rookie cards you might want to take a look at our sister site that specializes in Baseball Rookie Cards only.

The most expensive item with a signature of Michael Bourn (MICHAEL BOURN AUTHENTIC AUTOGRAPHED PHILLIES JERSEY) was sold in February 2010 for $259.99 while the cheapest item (2005 BOWMAN MIKE MICHAEL BOURN AUTO SIGNED RC ROOKIE) found a new owner for $0.01 in June 2010. The month with the most items sold (12) was June 2012 with an average selling price of $3.50 for an autographed item of Michael Bourn. Sold items reached their highest average selling price in July 2021 with $85.00 and the month that saw the lowest prices with $0.50 was February 2010. In average, an autographed item from Michael Bourn is worth $6.38.

Most recently, these items with a signature of Michael Bourn were sold on eBay - click here for more items.

Michael Bourn, Trevor Bauer give Cleveland Indians hope on bad day (03/10/15): Michael Bourn and Trevor Bauer rekindled the optimism that has driven the Indians all spring during a 10-6 win over the Cubs.

Terry's Talkin' about Cleveland Indians working with Michael Bourn, signing Mich (01/2015): The Indians need a strong comeback from Michael Bourn, who had as many triples (10) as stolen bases (10) last season.

Here's how Michael Bourn stole a run for the Cleveland Indians on Thursday night (08/2014): CHICAGO, Ill. – Michael Bourn didn't get a good read on the ball off Jose Ramirez's bat. He didn't know if third baseman Connor Gillaspie or shortstop Alexei Ramirez was going to get it until the last moment. It didn't...

Michael Bourn comes through again as Tribe wins fifth in a row (06/2014): Home series with Boston concludes tonight. The Indians outslugged an explosive Boston Red Sox lineup for a second consecutive night Tuesday to push their winning streak to a season-high five games.

Center field: When will Michael Bourn be back? - Cleveland Indians 2014 position (03/2014): Center fielder Michael Bourn will open the season on the 15-day disabled list with a strained left hamstring. So who takes over in center until Bourn returns?

Brandon Weeden's struggles will result in more losses, trading Michael Bourn and (10/2013): Here are what blogs from Cleveland and around the country are saying about the Browns, Cavaliers and Indians. Featured today are Bleacher Report, Wahoo's On First and Right Down Euclid.

A healthy Michael Bourn reclaims his leadoff spot for the Cleveland Indians (09/2013): After missing three games as the Indians lead-off hitter because of a sprained right wrist, Michael Bourn returned and had a key triple in Cleveland's 5-1 victory at Minnesota on Saturday.

Indians 1, Rangers 0: Justin Masterson makes early home run by Michael Bourn a w (07/2013): CLEVELAND: Too many touted pitching matchups end with both starters getting shelled from the game before the thirstiest fan finishes his first draft beer.

Michael Bourn Blows Catch, Helps Flip Miguel Cabrera’s Fly Ball Over Fence for H (05/2013): If you're looking for very advanced sabermetrics, consider the outfield assist -- to the other team.

Cleveland Indians outfielder Michael Bourn likes Indiana, Ohio State to play for (03/2013): Michael Bourn has Ohio State advancing to the national title game and finishing as a runner-up to No. 1 Indiana in his bracket for the seventh annual Celebrity Bracketology Challenge.

Bats: Mets: Michael Bourn vs. Jason Bourne (01/2013): The Mets could use a fictional hero who could put up real numbers.

BP: Who needs Michael Bourn most? (12/2012): Finding the team that has the means and need to get the most out of him

Report: Michael Bourn re-signing with Braves as free agent a longshot (08/2012): The Braves aren’t holding out much hope that they can re-sign Bourn when he becomes a free agent. They don’t seem to do well with Scott Boras clients, which also seems to rule out any bid for Jacoby Ellsbury this offseason.

Michael Bourn says Nationals were interested in him (07/2012): Around the trade deadline last season, Michael Bourn was plugged in. He had his “sources,” he said. And they were telling him the Nationals , starved for a long-term answer in center field, were one of the teams with interest in trading for him. Read full article >>

Atlanta Braves center fielder Michael Bourn wants to focus on 2012 season, not n (03/2012): LAKE BUENA VISTA, Fla. -- It’s Michael Bourn’s desire to play where he is wanted. The Braves say they would like to have him in uniform past this season.

Houston Traded Michael Bourn To Atlanta (07/2011): Outfielder Michael Bourn has been traded to the Atlanta Braves in exchange for four players and some cash.