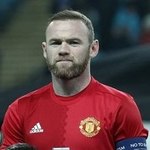 Wayne Mark Rooney (born 24 October 1985) is an English professional football manager and former player. He is the manager of EFL Championship club Derby County, for whom he previously served as interim player-manager. He spent much of his playing career as a forward while also being used in various midfield roles. Widely considered one of the best players of his generation, Rooney is the record goalscorer for both the England national team and Manchester United as well as holding the record for the most appearances of any outfield player for the England national team. More about Wayne Rooney

Current items with a signature of Wayne Rooney

These are the most current items with a signature of Wayne Rooney that were listed on eBay and on other online stores - click here for more items.

Traded items with a signature of Wayne Rooney

The most expensive item with a signature of Wayne Rooney (WAYNE ROONEY 2020-21 Prizm EPL GOLD Auto Club Legends Signatures Autograph #7/10) was sold in September 2021 for $2999.00 while the cheapest item (Wayne Rooney Approx 8 x 10 photo Autographed Autograph) found a new owner for $0.01 in January 2021. The month with the most items sold (27) was April 2022 with an average selling price of $149.44 for an autographed item of Wayne Rooney. Sold items reached their highest average selling price in February 2014 with $400.00 and the month that saw the lowest prices with $0.01 was April 2009. In average, an autographed item from Wayne Rooney is worth $79.00.

Most recently, these items with a signature of Wayne Rooney were sold on eBay - click here for more items.

'Wagatha Christie' explained: Everything to know about the ongoing Rebekah Vardy (05/12/22): The wives of Wayne Rooney and Jamie Vardy are locked in a legal battle over accusations of tabloid leaks

D.C. United’s season has been bleak and empty. But it is not lost yet. (09/2020): D.C. United has never seemed right this year, even in pre-pandemic days, when it was slow to adapt to the departure of attacking stars Wayne Rooney and Luciano Acosta, as well as Paul Arriola’s long-term knee injury.

What is Wayne Rooney if not a striker, Mr. Louis van Gaal? (02/2015): Rooney needs to lead the attack if United want to finish in the top 4 this season

Coleen Rooney talks parenthood: 'Wayne Rooney does his fair share' (12/2014): Coleen Rooney says that she would "never say never" to having another child.

England halfback Matty Smith kicks on after rising through ranks with Wayne Roon (10/2014): A former member of Everton's Youth Academy at the same time as Wayne Rooney may hold the key to England's hopes of creating history by beating Australia in Sunday's Four Nations match at AAMI Park.

Wayne Rooney: World class attack is a 'great problem' for Louis van Gaal (09/2014): The striker says the Manchester United manager will relish the headache of choosing between so many world class stars

Wayne Rooney Nutmegged by Kieran Trippier During Burnley vs. Manchester United (08/2014): Wayne Rooney was given a rude awakening in the first half of Manchester United 's Premier League clash at Burnley when he was nutmegged by a full-back. Kieran Trippier was the man who did the honours, slipping the ball through the United captain's legs. [Vine]

Scouting Report: Wayne Rooney (07/2014): The England man again played 45 minutes before being taken off at the break, and although he did not get on the scoresheet he did look sharp and was involved in a thrilling move

Wayne Rooney: Special but not a legend (02/2014): Wayne Rooney may well end up breaking Sir Bobby Charlton's record and remain immortal in United's history but will he ever be as loved as a Cantona or

Wayne Rooney thankful Ferguson has set record straight (10/2013): Scot in his autobiography said that the forward "asked away" rather than referring to any formal transfer request.

Wayne Rooney dilemma is a product of striker's own insolence (07/2013): You've made your bed, now you have to lie in it. What goes around comes around. You live by the sword, you die by the sword. You reap what you sow. However you want to phrase it, Wayne Rooney --

Wayne Rooney , Danny Welbeck and Javier Hernandez take on Dwight Yorke and Andy (03/2013): Sir Alex Ferguson has compared his strike force this season to the luxury of front men he had at his disposal during Manchester United’s historic Treble winning campaign in 1999.

Wayne Rooney, Joe Hart, Steven Gerrard all support Comic Relief (02/2013): The Premier League title race looks to be all but over, so some of the biggest stars from the two Manchester clubs have put their rivalries to one side to support a good cause.

Wayne Rooney's escort, Jenny Thompson, gets pampered for This Morning interview (01/2013): Hmm... This was probably not the best idea if Jenny Thompson wanted to convince everyone she wasn't trying to make a name for herself - as she attested in her interview on This Morning a couple of minutes ago.

Wayne Rooney turns to alcohol on US break after Euro disappointment (06/2012): London, July 1 (ANI): Wayne Rooney was spotted downing booze while taking a dip with wife Coleen on a three-week break in the US, after England were dumped out of the Euros by Italy.